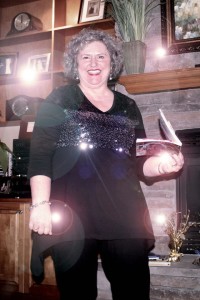 Being a T.B.I. Traumatic brain injury Survivor
We could see her as a Campaigner and/or Entertainer
Regardless of the truth that she reacts like a Teenager
It’s better now out of once being diagnosed a 10 year Junior

The Severe Brain Injury became like a confrontational Deceiver
Having learned to turn impossibilities into a possibilities’ Endeavour
Would become a part of her Spiritual, Medicinal, Christian Altar
Turning over everything to Our Lord Jesus Christ the God Master

But folks over the last quarter of a century
A Journalist is spreading a Headline about me
“An Enlightened Genius is Hélène Levasseur!
She is responding: ” Mon Doux. Mon Dieu!”